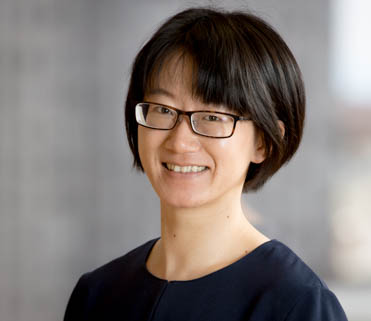 Jasmine Ouyang focuses on planning and evaluation for distributed energy resources, including energy storage, solar PV, and demand response. In one project for a large California utility, she built a storage evaluation model with optimal dispatch, from both the customer’s and the utility’s perspective, to inform investment and public policy. Jasmine also extended the tool’s functionality to capture the interactions between rates and adoption of PV and storage, and to quantify cost shifts resulting from different mechanisms used to compensate distributed energy resources, including net energy metering.

Jasmine, who joined E3 in 2015, enjoys the intellectual stimulation of collaborating with talented colleagues across multiple disciplines. She appreciates that E3’s role in informing the electricity industry’s rapid transformation gives her the chance to explore topics that are not yet well understood. She hopes to use the knowledge and skills she is building at E3 to help improve air quality and reduce greenhouse gas emissions in her native China.

With more than two decades of experience in Hawai‘i, E3 is now helping the Hawaiian Electric Company (HECO) plan for the grid transformation needed to reach 100 percent renewable generation by 2045. Our long-term analysis supported development of the utility’s Power System Improvement Plan (PSIP), with modeling centered on individual island plans and interisland transmission. The study develops least-cost expansion plans for each island using a variety of policy cases and fuel price forecasts. E3 used its Renewable Energy Solutions model (RESOLVE) to explore the economic trade-off between renewable curtailment and investments in storage, and to develop least-cost expansion plans consistent with each scenario. We also solicited and incorporated stakeholder input. HECO filed the PSIP, including testimony and support from E3, with the Hawai‘i Public Service Commission in December 2016.