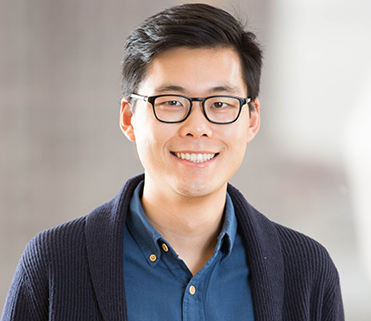 Roderick joined E3 in 2016, and his research experience, along with his modeling and programming skills, enabled him to dive into critical planning questions and provide insights into client challenges. He has a longtime interest in the intersection of engineering and sustainability, and appreciates that E3 gives him the opportunity to work on some of the most interesting questions in the energy field today.

E3 has provided comprehensive technical and advisory support to the Energy Division of the California Public Utilities Commission (CPUC) in its administration of the state’s IRP program, mandated by the passage of SB 350 in 2016.  E3 worked with CPUC staff to develop the structure of the IRP program including a three-year modeling cycle in which Staff prepares a system-wide plan that informs the California Independent System Operator (CAISO)’s annual Transmission Planning Process (TPP) and informs Load-Serving Entities integrated resource plans in alternate years.

E3 has helped the CPUC design an optimal “Preferred System Plan” for the combined utilities that incorporates the resource procurement plans of the LSEs and complies with the state’s clean energy policy requirements. In the 2020-2021 cycle, the policy requirements considered include a 60% RPS by 2030 and SB 100 by 2045, and a statewide greenhouse gas emissions target of 38 million metric tons (MMT) by 2030, while capturing the operational and reliability challenges encountered at high penetrations of variable renewable generation. E3 also supported the Energy Division’s development of a mid-term reliability order requiring the procurement of 11.5 GW of effective capacity by 2026. As part of this process, E3 evaluated dozens of scenarios reflecting alternative assumptions about load forecasts and electrification, resource costs, the availability of offshore wind and out-of-state wind, the ability of end-use loads to operate flexibly, and a variety of other input parameters.

Resource Adequacy in the Desert Southwest

In the aftermath of recent blackouts in California and Texas, the subjects of reliability and resource adequacy have risen to national prominence. Regulators and policymakers – as well as the general public and media – have taken a keen interest in these topics, and many have questioned whether the industry is adequately prepared to confront […]

n 2015, Hawai‘i passed unprecedented legislation, Act 97, which requires its investor-owned utility, Hawaiian Electric Company (HECO), to meet a 100 percent renewable portfolio standard (RPS) by the end of 2045. Strengthening the state’s economy depends on moving away from imported fossil fuels for both electricity and transportation and increasing reliance on its abundant renewable […]

With more than two decades of experience in Hawai‘i, E3 is now helping the Hawaiian Electric Company (HECO) plan for the grid transformation needed to reach 100 percent renewable generation by 2045. Our long-term analysis supported development of the utility’s Power System Improvement Plan (PSIP), with modeling centered on individual island plans and interisland transmission. The study develops least-cost expansion plans for each island using a variety of policy cases and fuel price forecasts. E3 used its Renewable Energy Solutions model (RESOLVE) to explore the economic trade-off between renewable curtailment and investments in storage, and to develop least-cost expansion plans consistent with each scenario. We also solicited and incorporated stakeholder input. HECO filed the PSIP, including testimony and support from E3, with the Hawai‘i Public Service Commission in December 2016.