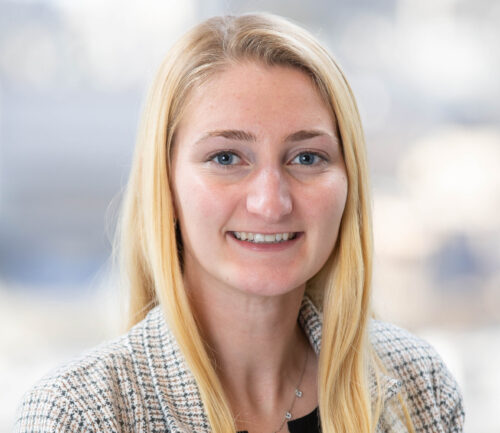 Sophia Greszczuk joined E3 in 2022 and will support E3’s work in distributed energy resources. Ms. Greszczuk came to E3 after earning a Bachelor of Arts in Biology and Environmental Studies at Dartmouth University. There she was involved in environmental work both with the Sustainability Office and, through a grant earned from the Irving Institute, designing and installing off-grid solar. She also interned at the Climate Institute, investigating the effect of water-mediated microclimates on human health and economic growth.

Sophia’s love of the outdoors and lifelong passion for the environment led her to a career at E3. She believes that large-scale energy decarbonization is one of the most powerful ways to fight climate change. Sophia appreciates the opportunity to do meaningful work, answering complex and interesting questions about distributed energy resources.

Outside of work, Sophia enjoys running, hiking, and finding any excuse to be outside. Sophia also loves sports, especially playing soccer and hockey and cheering on Boston teams.