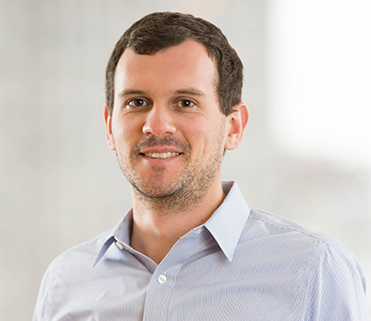 Zach Ming is a Director in E3’s resource planning practice, with an emphasis on the reliability of high renewable electricity systems. He also has extensive expertise in regulatory and rate design issues, distributed resource cost effectiveness, and market design. He combines technical acumen with a talent for distilling complex topics into clear, actionable takeaways. Mr. Ming has been the lead author on several high-profile resource planning studies including Long-Run Resource Adequacy under Deep Decarbonization Pathways for California and Resource Adequacy in the Pacific Northwest. Mr. Ming teaches a graduate level course at Stanford University titled Electricity Economics that provides a foundation of economic principles on the topics of regulation, planning, and operation of electric utilities.

Zach enjoys being on the front lines of the most interesting topics in the industry and analyzing the rapid transformation of the electricity sector. He is passionate about creating an electricity system that is both economically efficient and environmentally sustainable.

To support the development of its 2021 Integrated Resource Plan (IRP), Omaha Public Power District (OPPD) engaged E3 to perform a comprehensive study on various pathways for OPPD to achieve net zero carbon by 2050. With a goal of net zero carbon emissions by 2050, OPPD sought a study to understand different pathways to achieve their target emissions, reliability, costs, and generation. E3’s study consisted of three primary phases: multi-sector modeling using the E3 PATHWAYS model to develop multiple electricity sector demand forecasts; reliability and resiliency analysis using the E3 RECAP model; and portfolio optimization using the E3 RESOLVE model to develop cost-optimal electricity portfolios that achieved both net-zero carbon and target reliability by 2050. E3 found that OPPD can achieve net zero while balancing affordability and reliability and that all net zero pathways require a cessation of coal generation and reduced use of fossil generation. A mix of new low-carbon resources including renewable energy, energy storage, and community-wide energy efficiency will be required as well as firm capacity resources, which will be needed to maintain resource adequacy.

The Canadian Association of Petroleum Producers (CAPP) retained E3 to develop regulatory strategy and testify before the Canadian National Energy Board (NEB) in proceedings opposing TransCanada’s proposal to restructure tolls on the Mainline, which transports natural gas from western Canada to eastern markets.  TransCanada had proposed restructuring tolls to maintain the line’s economic viability, as throughput declined due to soaring shale gas production in the northeastern U.S. The proposed change shifted fixed costs away from shippers, who were direct customers of the Mainline, toward producers, who were supplying gas to TransCanada’s own distribution network. Our alternative on behalf of CAPP offered a performance-based incentive with some pricing flexibility and balancing accounts that allowed TransCanada a reasonable opportunity to increase throughput and revenues and recover its investment. The NEB ultimately rejected TransCanada’s proposal in favor of CAPP’s, averting a shift of $300 million per year in fixed costs to western Canadian gas producers.

The Oregon Public Utilities Commission (OPUC) staff retained E3 to develop a methodology for calculating the value of customer-owned solar photovoltaic resources to ratepayers of investor-owned electric utilities, with the aim of informing regulatory policy. E3 partner Arne Olson served as an expert witness on behalf of the commission staff in a litigated case before the OPUC. Our methodology received broad support from stakeholders, including utilities, environmental groups, solar industry advocates, and consumer advocates. The commission is expected to rule on the proposed methodology in early 2017.

E3 created a public tool for the California Public Utilities Commission (CPUC) to inform the development of a successor to existing net energy metering (NEM) tariffs for eligible customer-sited renewable generators. This tool helped the CPUC and stakeholders balance legislative directives to design tariffs that maintain sustainable growth of such generation and ensure that total benefits to customers are approximately equal to total costs.

The tool lets users evaluate different rate designs, simulating their impact on adoption of customer-sited PV and on bills for all ratepayers, while accounting for feedback effects on future rates and life-cycle cost-effectiveness. Providing a common model to all parties allowed the CPUC and stakeholders to focus on fundamental differences in proposals and scenarios, rather than on disagreements and confusion over model differences.

E3 supports the California Energy Commission (CEC) in implementing the state building energy code by maintaining the economic framework for energy standard requirements and allowed trade-offs for new construction. We have worked with the CEC and its stakeholders since 1999 to continually refine a time-dependent valuation (TDV) methodology, and we are now under contract to support the 2025 Title 24 Update. The TDV methodology uses a 30-year forecast of the social cost of energy that varies hourly and by location to account for shifts in system peaks over time, and regional variations in climate and grid utilization. . E3’s initial study investigated a shift to a value-based standard that accounts for the time and geographic differences in energy costs seen in California energy prices, natural gas and propane markets, as well as in the costs of electric utility distribution and transmission systems. TDV was initially adopted in 2005, and E3 supported the updates in 2008, 2013, 2016, 2019, and 2022.

Since 2004, the California Public Utilities Commission (CPUC) has used E3’s Avoided Cost Model (ACM) to estimate the benefits of energy efficiency, distributed generation, energy storage, and other distributed energy resources (DERs). The ACM has evolved along with energy markets and policy in the West, and it currently projects avoided costs for energy, losses, generation capacity, ancillary services, subtransmission and distribution capacity, renewable portfolio standard purchases, carbon allowances, and other air permit costs. The 30-year hourly forecast is differentiated across California’s 16 climate zones. Since 2019, E3 has provided ongoing support to refine the CPUC’s cost-effectiveness framework for distributed energy resources, expanding the applications of the Avoided Cost Calculator to include the cost-effectiveness of California’s entire DER portfolio.

The CPUC approves over $1 billion in annual funding for DERs using these avoided costs for its cost-effectiveness tests. The ACM is suitable for stakeholder processes and contentious regulatory proceedings because it uses robust methods and publicly available input data. E3 also allows the download of the ACM so that all stakeholders can audit any of the calculations.