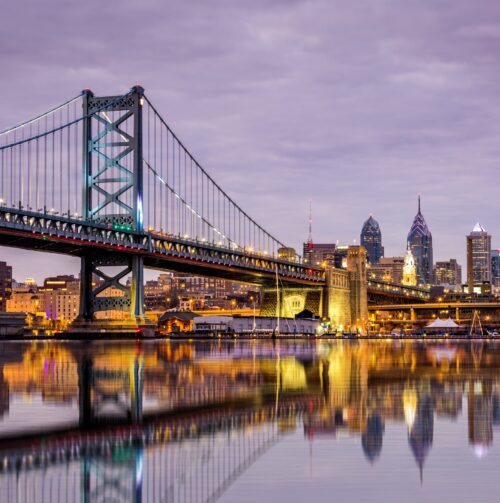 Yesterday the City of Philadelphia released the Philadelphia Gas Works (PGW) Business Diversification Study, a study E3 produced in collaboration with the City, PGW, our subcontractors, and other stakeholders. The Business Diversification Study is an important step in charting PGW’s future, as the City aims to achieve carbon neutrality by 2050. PGW is the largest municipally-owned gas utility in the country. With this report, E3 defines and evaluates technology pathways to reduce greenhouse gas emissions from PGW’s natural gas business, evaluates the impact of those pathways on PGW’s current business model and its customers, and recommends a series of pilots and next steps for the City and PGW.

The press release for Diversification Study, released today by the Philadelphia Mayor’s Office of Communications, is reproduced in its entirety below. The press release lays out the key contributions and findings of the study including strategies PGW can take to align the utility with the city’s climate and air quality goals. The full report can be found on the City of Philadelphia site and is linked on E3’s site for reference.

PHILADELPHIA – The City’s Office of Sustainability, in partnership with Philadelphia Gas Works (PGW), today released the Philadelphia Gas Works Business Diversification Study. The City is committed to achieving carbon neutrality by 2050, and is also the owner of PGW, the largest municipally-owned gas utility in the country, employing over 1,600 workers resident in Philadelphia and distributing natural gas to around 500,000 customers. This poses a complex challenge that the PGW Diversification Study set out to answer: How might the City and PGW reduce emissions from natural gas, while maintaining customer affordability and supporting PGW’s workforce?

The PGW Business Diversification study defines and evaluates technological pathways to reduce greenhouse gas emissions from heating and other uses for natural gas in line with the City’s climate and air quality goals and to evaluate the impact of those pathways on PGW’s current business model and its customers. It also identifies near-term business strategies for PGW that help to sustain jobs and maintain customer affordability. And lastly, the Study identifies near-term promising pilot projects for PGW that have the potential to reduce greenhouse gas (GHG) emissions, benefit low-income customers and result in long-term workforce opportunities.

The Study was produced by a consulting team led Energy & Environmental Economic (E3) and was guided by a working group composed of representatives from the City, PGW, the Philadelphia Gas Commission, the Philadelphia Facilities Management Corporation, the Philadelphia Energy Authority and Gas Workers Local 686, and was informed by several public engagement opportunities.

“I thank the members of the working group that guided this important study, as well as the many stakeholders who provided input throughout the process,” said Mayor Jim Kenney. “We are pleased to issue this study as a critical first step forward in planning for the successful future of PGW while we continue to take bold and necessary climate action.”

The PGW Diversification Study is part of a broader push by the City to lead on climate action and was supported by the Bloomberg Philanthropies American Cities Climate Challenge. Philadelphia is one of the 25 winning cities in the Climate Challenge, which is helping cities set and surpass ambitious climate goals by ramping up action in the two highest-emitting sectors in cities: transportation and buildings.

“Philadelphia has demonstrated enormous dedication to tackling the climate crisis through its work with the Bloomberg American Cities Climate Challenge,” said Kelly Shultz who leads the sustainable cities program at Bloomberg Philanthropies. “This new study is a first step for PGW to account for the impacts of climate change in inclusive ways while ensuring job creation opportunities, including for low-income communities. Cities are proven leaders in tackling climate change, and this is just one way we’re seeing Philadelphia take action.”

To continue the work in finding alternative business models for the company, the City and PGW are actively investigating the design and implementation of pilot programs that PGW can launch, informed by the findings of this report. These pilot strategies include:

To ensure this complex issue is furthered, Mayor Kenney has sent letters to the Philadelphia Gas Commission, the Philadelphia Facilities Management Corporation, and the Pennsylvania Public Utilities Commission asking them to each use their regulatory oversight of PGW to help ensure PGW can survive and thrive in a lower carbon future, including setting GHG emissions reductions goals and ensuring PGW provides regular progress updates on efforts to meet those goals.