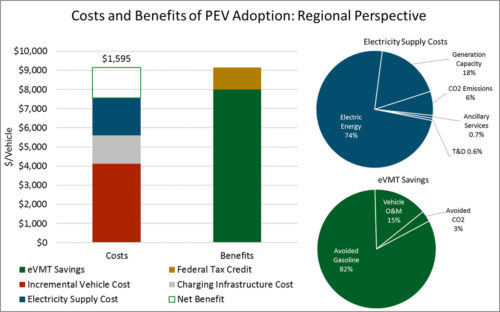 AEP Ohio has filed a stakeholder agreement with the Public Utilities Commission of Ohio that includes $10 million for a plug-in electric vehicle (PEV) charging infrastructure pilot program, posted here. The program includes rebates for up to 75 DC fast chargers and 300 Level 2 chargers throughout its service territory, and will require charging stations to include networking capabilities for data collection. AEP Ohio’s program will support the goals of the Smart Columbus initiative, which include decarbonization and electric vehicle adoption.