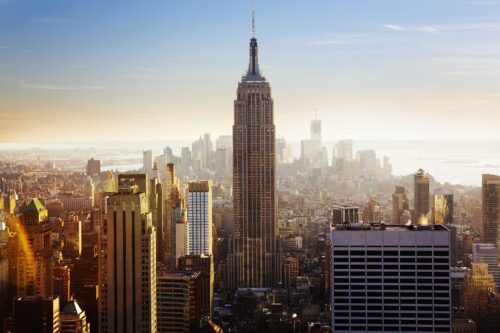 In new analysis presented to the New York Climate Action Council (CAC) last week, E3 developed three distinct decarbonization scenarios to meet the greenhouse gas (GHG) emissions limits established by New York’s Climate Act. With this work, E3 supported the CAC and NYSERDA with pathways for the state to comply with the 2019 New York Climate Act, also known as the Climate Leadership and Community Protection Act (CLCPA). NYSERDA presented the analysis at CAC meetings on October 1 and October 14, presentations that included the decarbonization scenarios modeled by E3 and the benefit-cost analysis of those scenarios.

E3’s work supports New York’s efforts to become carbon neutral under the CLCPA. The CLCPA sets GHG emissions limits of 40% reductions by 2030 and 85% reductions by 2050 relative to 1990 levels. The Climate Act also includes goals for 100% zero-emissions electricity by 2040 and a net zero economy by 2050. The Climate Act calls for a novel GHG emissions accounting that is included in E3’s analysis. The scenarios E3 developed and presented to the CAC earlier this month comply with the steep emissions reductions under the CLCPA.

In modeling and detailing these scenarios, E3 identified several key takeaways. First, complying with the CLCPA will require high levels of transformation over the next decade and beyond, requiring critical investments in New York’s economy. In all of the scenarios E3 modeled, sales of zero emission vehicles and heat pumps outpace other vehicles and HVAC solutions by the late 2020s, and fossil-emitting cars and appliances are no longer sold after 2035. Furthermore, New York will electrify 1 – 2 million homes with heat pumps by 2030 and New Yorkers will purchase approximately 3 million zero-emission cars (predominantly battery electric) by 2030.

Energy efficiency and end-use electrification are core pillars of New York’s pathways to meet the Climate Act targets. Clean electricity powers the majority of New York’s economy in 2050 in all of the pathways that E3 modeled.

Even with aggressively managed load, electric consumption will double and peak will nearly double by 2050. With the massive electrification of home heating through heat pump installation, New York becomes a winter peaking system by 2035. To meet rapidly growing electric demand while also decarbonizing the electric sector, New York must significantly expand wind, solar, and battery storage, which are foundational resources to meeting the State’s goals; by 2050, a large majority of New York State generation is supplied by wind, water, and sunlight. Firm, zero-emissions resources such as green hydrogen or long-duration storage also serve an important role in maintaining reliability during times of low renewable output.

Low-carbon fuels such as bioenergy or hydrogen may play a critical role in helping to decarbonize sectors that are challenging to electrify including medium and heavy-duty vehicles, high temperature industry, and potentially district heating, aviation, and rail transit.

These are some of the key takeaways from E3’s analysis, but additional insights, including deeper cost-benefit analysis, discussion of carbon sequestration, and methane emissions mitigation are available in the full presentation materials on the CAC website.