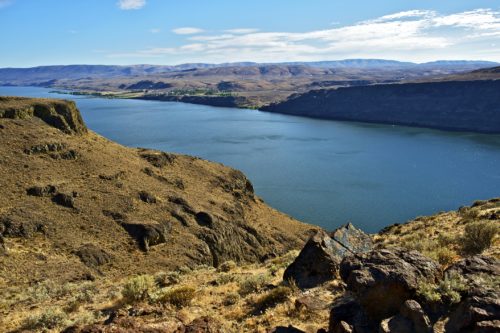 As in past studies, E3 found that achieving deep emissions reductions from the electric sector is achievable at manageable cost, provided that firm capacity is available to avoid the infrequent but large electricity shortages that can occur on highly renewable grids.

E3’s study finds that the Columbia Generating Station – the Northwest’s only nuclear generator and Washington’s third-largest generating resource – is relicensed in all scenarios in which it is available.

The role of SMRs in the Northwest’s future electricity system depends on three factors: their cost; the stringency of regional emissions limits; and whether gas generators are allowed to provide firm capacity.

E3 finds that SMRs have their largest build-out in cases where gas generators, powered by either natural gas or biomethane, are prohibited. In these cases, the first SMRs are built by 2030, with at least 6.3 GW of SMRs built by 2045.

The study uses E3’s RESOLVE model to optimize the resource portfolio and minimize the total net present value (NPV) of electric system costs over the study time horizon. The figure below shows 2045 electricity rates under different resource and emissions scenarios, according to E3’s analysis.