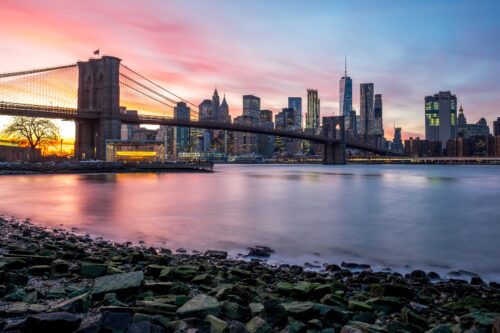 The analysis in this study builds off a growing body of literature that has examined opportunities to replace peaker plants with battery storage, but it represents a first-of-its-kind approach to examining storage replacement opportunities over time as New York makes progress towards achieving the state’s Climate Act requirements. The framework developed for this study examined the transformation of New York City’s generation mix as offshore wind, battery storage, and new transmission resources are added over the next two decades, and in turn identified the impact those changes will have on NYPA’s SCPP operations. The following are key findings of the study:

The report was commissioned by NYPA in consultation with the PEAK Coalition, a group of environmental justice and clean energy advocates. PEAK was also supported by independent advisory services from Strategen Consulting. The study advances the goals of an agreement signed in 2020 between NYPA and the PEAK Coalition to assess how NYPA could transition its natural gas fired small clean power plants to use clean energy technologies, such as battery storage and low to zero carbon emission resources and technologies, while continuing to meet the unique electricity reliability and resiliency requirements of New York City.

Following the release of the study, NYPA announced a request for proposals (RFP) for potential use of its small clean power plant sites and related electric infrastructure for the development of bulk-scale battery storage projects.

The full report can be found on E3’s site and on NYPA’s website along with a press release. E3’s Kevin Steinberger, Emily Rogers, Louis Linden, Greg Gangelhoff, and Lakshmi Alagappan contributed to the study.