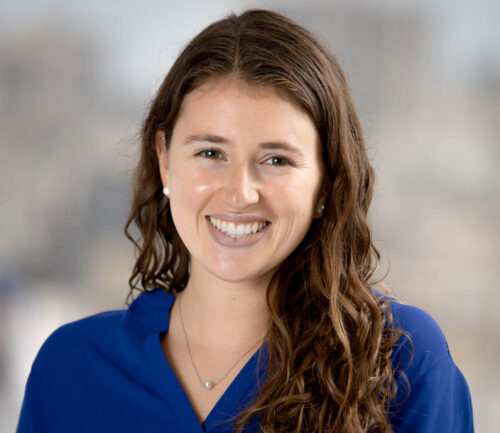 Sierra credits her study abroad experiences in South Africa, New Zealand, and Australia with sparking her interest in energy and the environment. As a student, she conducted yearlong research studies on managed charging for electric vehicles and the use of sustainable biofuels for heating.

Consulting at E3 allows Sierra the opportunity to develop creative solutions for some of society’s most pressing challenges for clients who are motivated to implement them. She is thrilled to contribute to E3’s mission and cutting-edge work after encountering E3 throughout her education.

E3 supported the Hawaiian Electric Company (HECO) on four transportation electrification filings. First, E3 and its subcontractors Anser Advisory and Black & Veatch designed a program for HECO to build the make-ready infrastructure for electric buses to support electrification of transportation for transit, tourism, and other bus operators. Second, E3 designed two new electric vehicle charging rates, EV-J and EV-P, for commercial electric vehicle charging sites. E3 developed a rate design calculator and performed cost-benefit assessments to evaluate different rate designs and propose final rates that will support low-cost public EV charging in Hawaii. Third, E3 and its subcontractor Anser Advisory supported HECO in developing its Charge Ready Hawaii pilot program to deploy make-ready charging infrastructure for commercial and multi-unit dwelling locations. Finally, E3 and its subcontractors Anser Advisory and Atlas Public Policy supported HECO in developing a proposal to expand its public DC fast charging (DCFC) infrastructure pilot to build out 150 DCFC ports and 150 dual-port Level 2 charging stations across its service territory. These programs – three of which have been approved by the Hawaii Public Utilities Commission with the fourth project (DCFC program expansion) under review in 2022 – build on HECO’s Electrification of Transportation Roadmap and allow for HECO to support its customers in electrifying their vehicles and fleets.

E3 supports the California Energy Commission (CEC) in implementing the state building energy code by maintaining the economic framework for energy standard requirements and allowed trade-offs for new construction. We have worked with the CEC and its stakeholders since 1999 to continually refine a time-dependent valuation (TDV) methodology, and we are now under contract to support the 2025 Title 24 Update. The TDV methodology uses a 30-year forecast of the social cost of energy that varies hourly and by location to account for shifts in system peaks over time, and regional variations in climate and grid utilization. . E3’s initial study investigated a shift to a value-based standard that accounts for the time and geographic differences in energy costs seen in California energy prices, natural gas and propane markets, as well as in the costs of electric utility distribution and transmission systems. TDV was initially adopted in 2005, and E3 supported the updates in 2008, 2013, 2016, 2019, and 2022.