Solar power has grown rapidly around the world, driven by steep cost reductions and increasing interest in carbon-free energy. In 2017, solar power was the second-largest source of new U.S. electric generating capacity, and in each of the last five years it has accounted for more than a quarter of all U.S. capacity additions. 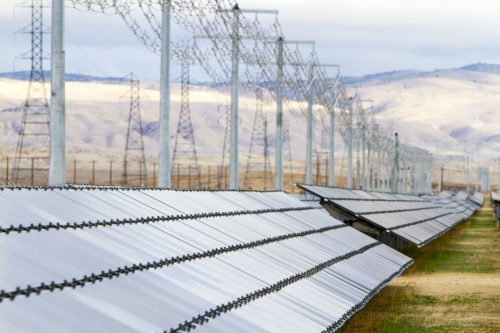 Significant strides have been made in integrating solar and other variable renewables, which introduce complexities into grid operations. While the growth of variable resources will pose reliability challenges, it will also create opportunities to explore how these resources can meet grid needs beyond merely providing energy.

First Solar wanted to know what economic benefits might result if solar plants operated flexibly: if they dispatched on a sub-hourly basis and provided grid reliability services. A prior study by First Solar had shown that flexible solar was possible; to investigate its economic benefits, they hired E3.

In the last two modes, which exceed current practice, grid operators dispatch solar power plants based on grid needs to help maintain reliability. This involves relying on solar plants for both sub-hourly energy balancing and real-time frequency regulation. In “downward dispatch” mode, solar plants offer these services in a downward direction only (providing “footroom”); in “full flexibility” mode, the plants may operate slightly below the available resource to provide these services in an upward direction too (“headroom”).

Flexible solar would enable grid operators to get better value out of solar plants. It would also lower renewables integration costs, since allowing solar to maintain reliability would avoid some portion of near-term investment in costlier alternatives (e.g., battery storage).

A shift in thinking

While the study identifies areas for further inquiry – particularly in terms of developing better solar forecasting tools – operating solar this way does not require new technology.  Most modern solar plants can operate with the precision needed to support grid reliability; they just haven’t been asked to.

Arguably what’s needed most is a shift in thinking – not only about how resources can and should be used, but also in underlying business practices. Current contracts typically exclude solar from providing reliability services, for example, and deny revenues during curtailment.

As Arne Olson, E3 senior partner, puts it: “Utilities and grid operators should stop thinking of solar as a problem to be managed, and start thinking of it as an asset to be maximized.” 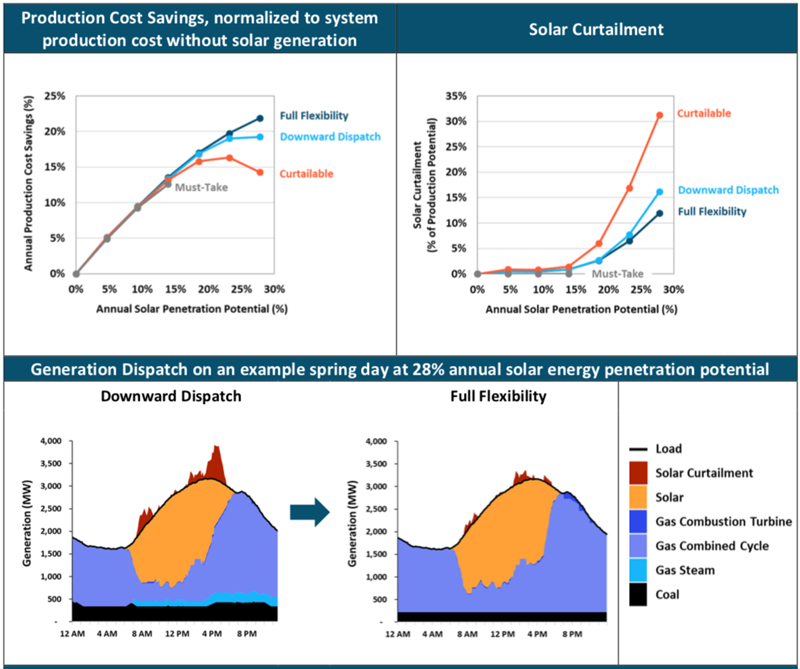 RenewEconomy, “Look, no batteries! How flexible solar can help the grid, without storage”

Energy Systems Integration Group (ESIG) Blog, “Grid-flexible solar and wind — what it means for our future“

Utilities and grid operators should stop thinking of solar as a problem to be managed, and start thinking of it as an asset to be maximized.