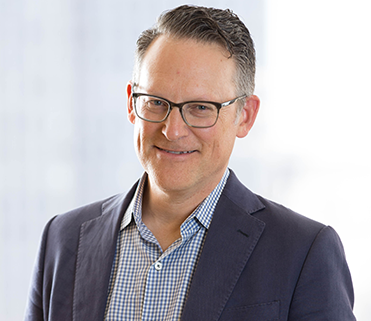 Arne Olson helps clients navigate changes to bulk electric system operations and investment needs brought about by aggressive government policies promoting clean and renewable energy production. He has consulted extensively for utilities, electricity system operators, asset owners, project developers, electricity consumers, and regulators. In 2013 he led the technical analysis and drafting of the landmark report, Investigating a Higher Renewables Portfolio Standard for California, prepared for the five largest utilities in California, documenting the challenges of and solutions for achieving a 50 percent renewable grid in California by 2030.

Arne has 25 years of experience in energy analysis, and he is a frequent speaker at energy conferences on the role renewable energy will play in decarbonizing the grid. Prior to joining E3 in 2002, he served for six years in the Energy Policy Division of the Washington State Energy Office and its successor agencies.

Solar power has grown rapidly around the world, driven by steep cost reductions and increasing interest in carbon-free energy. In 2017, solar power was the second-largest source of new U.S. electric generating capacity, and in each of the last five years it has accounted for more than a quarter of all U.S. capacity additions. Significant strides have […]

In 2001, E3 helped Bonneville Power Administration (BPA) develop a groundbreaking transmission planning process in which we considered non-wires alternatives—energy efficiency, demand response, and distributed generation—alongside conventional investments. BPA was one of the first major transmission providers in North America to use an economic screening for every potential bulk transmission investment. Since then, we have studied non-wires alternatives for other BPA project proposals, including the Hooper Springs line in southeastern Idaho and the 500 kV I-5 corridor reinforcement project in Washington. For the latter, E3 evaluated deferral options, including energy efficiency and demand response, as well as redispatch of generators. BPA is evaluating proposals for implementation of the redispatch option, with potential savings of up to $750 million for its customers.

In early 2013, California’s five largest electric utilities needed to find out how grid operations would be affected if the state increased its Renewables Portfolio Standard (RPS) to 50 percent by 2030. They turned to E3 to examine operational and cost implications, explore how the utilities could reach the 50 percent RPS goal, and assess […]

After Oregon set renewable portfolio standard (RPS) goals of 25 percent by 2015 and 50 percent by 2040, Portland General Electric (PGE) turned to E3 to study the flexible generation capacity necessary to meet wind integration needs. Our studies considered the variability, uncertainty, and timing of renewable energy output, and we considered alternative resources such as flexible combined cycle gas turbine plants, frame and aero-derivative combustion turbines, reciprocating engines, and energy storage. Our analysis informed the resource procurement strategy in PGE’s 2016 integrated resource plan. The studies found that PGE’s need for within-hour operational flexibility is not a significant driver of the value or need for new gas resources, even at a 50 percent RPS.

On behalf of California’s five largest electric utilities, E3 evaluated the challenges, costs, and potential solutions for achieving a 50 percent renewables portfolio standard (RPS) by 2030. Using our Renewable Energy Flexibility Model (REFLEX), we performed detailed operational studies of power system dispatch flexibility constraints under high levels of wind and solar generation. We found that achieving a 50 percent RPS is feasible and that California’s power system can remain reliable as long as renewable resources can be dispatched in response to grid needs. Our study recommended strategies for integrating higher levels of renewables, including greater regional coordination, renewables portfolio diversity, flexible generation capacity, flexible loads, and energy storage. We found that deploying these strategies would reduce the need to curtail renewables, lowering the cost of reaching 50 percent RPS.

E3 has provided procurement and rate-making advice to Wyoming’s Lower Valley Energy (LVE) since 2001. Our long-term procurement plans have carefully addressed LVE’s need to mitigate cost increases due to changes in either market prices of energy or Bonneville Power Administration’s rates. We have also helped LVE assess the merits of different rate structures and compare the value of building generation in its own service territory with the costs of building new transmission facilities to access alternative power sources. Most recently, we provided an independent evaluation of the costs and benefits of a potential merger with a neighboring co-op utility.

E3 has completed studies for more than 10 utilities on the costs and benefits of participating in the western energy imbalance market (EIM), a regional 5-minute balancing market that became operational in 2014. The EIM aims to lower costs for consumers and assist states in meeting renewable energy goals through more-efficient dispatch, which reduces the need to carry costly reserves and curtail renewable generation. For each study, we ran a production simulation grounded in a detailed representation of the utility’s system. Our work has informed decisions by PacifiCorp, Arizona Public Service, NV Energy, and other utilities to join the EIM, as well as Chelan County Public Utility District’s decision not to participate. Consistent with E3 findings, the California ISO estimated that participants saved more than $85 million in the 20 months after the EIM became operational. Several more studies for utilities are under way.

The Western Electric Coordinating Council (WECC) engaged E3 to model the benefits of implementing an energy imbalance market (EIM) across the Western Interconnection. Working with WECC staff and many stakeholders, we modeled and compared simulated production costs for a scenario that maintained existing operational arrangements and a second scenario with a consolidated regional balancing market. The analysis found benefits from improved system dispatch, as well as from reductions in operating reserves needed to accommodate wind and solar variability. E3 devised an innovative technique to more accurately estimate the potential impact of the EIM, and pioneered applying “hurdle rates” to calibrate the GridView production simulation base case so that it more accurately reflected bidding and dispatch practices in the West. Since presenting our findings to WECC in 2011, we have developed similar EIM cost-benefit studies for 10 additional utilities.

The Ivanpah Solar Electric Generating System (ISEGS) is the largest commercial solar thermal plant in the world. Built in California’s Mojave Desert by BrightSource Energy, the plant produces a maximum output of almost 400 MW and cost more than $2 billion. E3 supported its development with strategic and regulatory consulting, plant valuation, site and transmission valuation, and other services. BrightSource relied on E3’s reports and testimony to gain site permits and transmission interconnection; utilities relied on our work in signing power purchase agreements. E3 partner Arne Olson’s testimony was key to BrightSource’s successful application to the California Energy Commission (CEC) to construct the ISEGS, as opponents claimed that distributed solar photovoltaic projects would negate the need for it. Olson’s rebuttal reinforced the BrightSource proposal, and the CEC approved the site license in 2009. Construction began in 2010, and Ivanpah came online in February 2014.

The Oregon Public Utilities Commission (OPUC) staff retained E3 to develop a methodology for calculating the value of customer-owned solar photovoltaic resources to ratepayers of investor-owned electric utilities, with the aim of informing regulatory policy. E3 partner Arne Olson served as an expert witness on behalf of the commission staff in a litigated case before the OPUC. Our methodology received broad support from stakeholders, including utilities, environmental groups, solar industry advocates, and consumer advocates. The commission is expected to rule on the proposed methodology in early 2017.