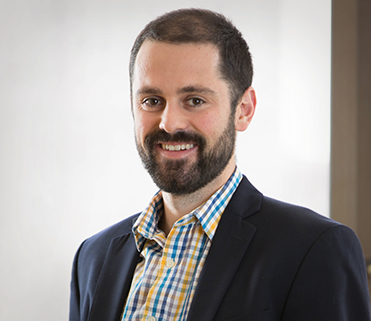 Nick developed and maintains E3’s RPS Calculator, which the California Public Utilities Commission and other entities use to create and analyze renewables portfolios to meet the requirements of the state’s Renewables Portfolio Standard. He is currently leading E3’s work with the CPUC to implement an integrated resource planning framework in California.

Nick is excited to contribute to an intelligent transition to a cleaner, more sustainable grid. He enjoys exploring the challenges of planning and operating a grid with high renewable penetrations, mapping potential solutions, and developing new techniques for understanding an electric system that looks radically different from today’s. While his work is impressive, we are all even more impressed by his career with the San Francisco Bay Area Ultimate Frisbee team Revolver, three-time world champion.

In early 2013, California’s five largest electric utilities needed to find out how grid operations would be affected if the state increased its Renewables Portfolio Standard (RPS) to 50 percent by 2030. They turned to E3 to examine operational and cost implications, explore how the utilities could reach the 50 percent RPS goal, and assess […]

After Oregon set renewable portfolio standard (RPS) goals of 25 percent by 2015 and 50 percent by 2040, Portland General Electric (PGE) turned to E3 to study the flexible generation capacity necessary to meet wind integration needs. Our studies considered the variability, uncertainty, and timing of renewable energy output, and we considered alternative resources such as flexible combined cycle gas turbine plants, frame and aero-derivative combustion turbines, reciprocating engines, and energy storage. Our analysis informed the resource procurement strategy in PGE’s 2016 integrated resource plan. The studies found that PGE’s need for within-hour operational flexibility is not a significant driver of the value or need for new gas resources, even at a 50 percent RPS.

On behalf of California’s five largest electric utilities, E3 evaluated the challenges, costs, and potential solutions for achieving a 50 percent renewables portfolio standard (RPS) by 2030. Using our Renewable Energy Flexibility Model (REFLEX), we performed detailed operational studies of power system dispatch flexibility constraints under high levels of wind and solar generation. We found that achieving a 50 percent RPS is feasible and that California’s power system can remain reliable as long as renewable resources can be dispatched in response to grid needs. Our study recommended strategies for integrating higher levels of renewables, including greater regional coordination, renewables portfolio diversity, flexible generation capacity, flexible loads, and energy storage. We found that deploying these strategies would reduce the need to curtail renewables, lowering the cost of reaching 50 percent RPS.

E3 has completed studies for more than 10 utilities on the costs and benefits of participating in the western energy imbalance market (EIM), a regional 5-minute balancing market that became operational in 2014. The EIM aims to lower costs for consumers and assist states in meeting renewable energy goals through more-efficient dispatch, which reduces the need to carry costly reserves and curtail renewable generation. For each study, we ran a production simulation grounded in a detailed representation of the utility’s system. Our work has informed decisions by PacifiCorp, Arizona Public Service, NV Energy, and other utilities to join the EIM, as well as Chelan County Public Utility District’s decision not to participate. Consistent with E3 findings, the California ISO estimated that participants saved more than $85 million in the 20 months after the EIM became operational. Several more studies for utilities are under way.

The Western Electric Coordinating Council (WECC) engaged E3 to model the benefits of implementing an energy imbalance market (EIM) across the Western Interconnection. Working with WECC staff and many stakeholders, we modeled and compared simulated production costs for a scenario that maintained existing operational arrangements and a second scenario with a consolidated regional balancing market. The analysis found benefits from improved system dispatch, as well as from reductions in operating reserves needed to accommodate wind and solar variability. E3 devised an innovative technique to more accurately estimate the potential impact of the EIM, and pioneered applying “hurdle rates” to calibrate the GridView production simulation base case so that it more accurately reflected bidding and dispatch practices in the West. Since presenting our findings to WECC in 2011, we have developed similar EIM cost-benefit studies for 10 additional utilities.

The Canadian Association of Petroleum Producers (CAPP) retained E3 to develop regulatory strategy and testify before the Canadian National Energy Board (NEB) in proceedings opposing TransCanada’s proposal to restructure tolls on the Mainline, which transports natural gas from western Canada to eastern markets.  TransCanada had proposed restructuring tolls to maintain the line’s economic viability, as throughput declined due to soaring shale gas production in the northeastern U.S. The proposed change shifted fixed costs away from shippers, who were direct customers of the Mainline, toward producers, who were supplying gas to TransCanada’s own distribution network. Our alternative on behalf of CAPP offered a performance-based incentive with some pricing flexibility and balancing accounts that allowed TransCanada a reasonable opportunity to increase throughput and revenues and recover its investment. The NEB ultimately rejected TransCanada’s proposal in favor of CAPP’s, averting a shift of $300 million per year in fixed costs to western Canadian gas producers.