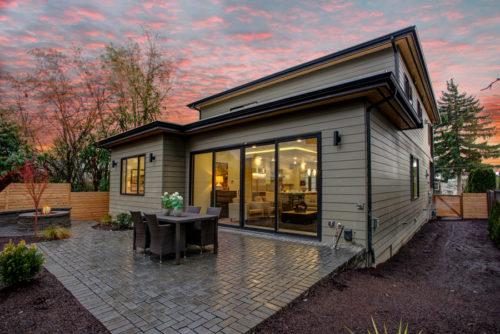 In Oregon and Washington, policymakers and the public are contemplating steep cuts in greenhouse gas (GHG) emissions. A key question, in the Pacific Northwest and elsewhere, is how natural gas might support “deep decarbonization”: reducing economy-wide emissions 80 percent below 1990 levels by 2050.

A focus on buildings and space heating

Deep decarbonization is different in the Pacific Northwest compared to other regions. Because electric loads peak during cold winter temperatures, any new electric loads that contribute to the winter peak – such as fuel switching to electric space heating – are likely to trigger new capacity needs in the electricity sector. And because summers can be mild along the coast, consumers who switch to electric heat pumps are less likely to benefit from avoiding the cost of a new air conditioner, as they would in other areas of the U.S.

Consequently, and unlike prior studies, E3’s analysis focused on space heating technologies – both how they perform in cold temperatures, and how they affect the costs of serving heating loads. In all, E3 analyzed four scenarios. Two maintain the direct use of natural gas in buildings with either a gas furnace or a natural gas-powered heat pump. Two other scenarios assume large-scale building electrification and the deployment of electric air source heat pumps – either standard models, or ones specifically made for cold climates.

E3’s analysis showed that achieving deep decarbonization in the Pacific Northwest is possible, and that multiple pathways exist. But it requires rapid, transformative change to the region’s energy economy, across every sector of the economy.

Achieving economy-wide deep decarbonization requires action on four fronts. The “four pillars” of deep decarbonization, all of which are available in the Pacific Northwest, are: 1) high levels of energy efficiency in buildings; 2) high levels of low-carbon energy (i.e., renewables, low-carbon electricity and sustainable, carbon-neutral biofuels); 3) nearly complete electrification of the transportation sector; and 4) reductions in non-combustion GHG emissions. The relative emphasis on each pillar differs by scenario, and each strategy faces its own set of challenges and risks.

In this study, E3 found total 2050 scenario costs ranging from $40 to $190 per ton of carbon dioxide equivalent (in real 2017 dollars). This figure represents less than one percent of regional projected GDP and is generally lower than most recent estimates of the social cost of carbon. Economy-wide scenario cost estimates are similar among scenarios, except for the standard (non-cold climate) electric heat pump scenario, which is more expensive.

Three strategies could enable natural gas to serve the region’s future low-carbon heating needs. First and foremost will be reducing the carbon intensity of natural gas by blending in up to 30 percent carbon-neutral renewable natural gas (RNG) and hydrogen. High levels of building energy efficiency will also be needed, as will deeper GHG reductions in other sectors to offset higher building sector emissions – which, even with low-carbon gas, will exceed those in an electrification scenario.

Switching to electric heat in buildings will require two strategies beyond those common to all scenarios: rapid consumer adoption of electric heating technologies, particularly cold-climate heat pumps; and significant electricity sector investments to address winter peak demand from electric space heating, which could add 17,000 to 37,000 megawatts of peak capacity need by 2050.

A key question facing decarbonization efforts, in the Pacific Northwest and generally, relates to the development of low-carbon gas, which enables all scenarios but is particularly important to those maintaining direct use of gas in buildings. The infrastructure for storing and distributing it already exists. But its development – whether biomethane or, potentially, low-carbon hydrogen – presents unique challenges, ranging from cost to sustainability to scalability. These must be overcome.

Many pathways exist to achieving decarbonization in the Pacific Northwest. All of them hinge on the development and sustained deployment of advanced technologies to transform the region’s energy economy over the next two to three decades.