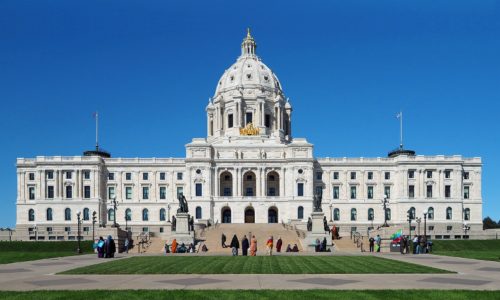 E3’s analysis, which considered a wide range of storage systems that could be deployed in Minnesota over the next five to 10 years, found that solar plus storage is cost-effective today, and that stand-alone storage may become cost-effective in 2025.

E3 also investigated the potential for storage to replace peaking capacity, finding that in 2018, four-hour storage could have effectively replaced 324 megawatts (MW) of Minnesota’s peaking power plants, or “peakers.”

The report notes that 227 MW of peaking capacity at the Blue Lake Generating Plant, about 20 miles southwest of Minneapolis, is scheduled to retire in 2023; that all four retiring units had a capacity factor of less than 0.1% in 2018; and that storage interconnection costs could be much lower at “brownfield” sites, like Blue Lake, than “greenfield” sites.

The study also contains planning, procurement, and deployment recommendations for utilities and the Midcontinent Independent System Operator (MISO), as well as a framework for Minnesota decision-makers to evaluate future energy storage projects as market rules and technology costs evolve.

To perform the Minnesota analysis, E3 used the commercially available AURORA model to simulate wholesale system operations over 10 years in three different scenarios: a base case, a high-renewables case, and a more expensive natural gas case.

E3 then used its proprietary RESTORE model to optimize storage dispatch and calculate costs and benefits of many different storage use cases – including front-of-the-meter (FTM), behind-the-meter (BTM) and distribution deferral – from the perspectives of participants, ratepayers, utilities, and the state.