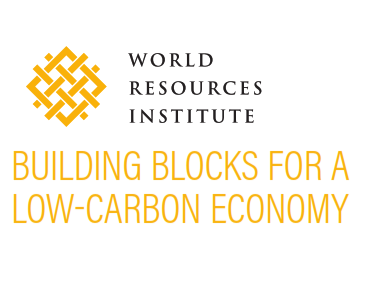 Earlier this year, President Joe Biden announced new decarbonization targets for the U.S. economy: a 50–52% reduction in greenhouse gas (GHG) emissions by 2030 and net-zero emissions by 2050. A new report from the World Resources Institute (WRI) and supported by E3 identifies the policies and investments that will be needed to meet the Biden administration’s targets. Among its key findings, the study states that tax credits for new and emerging low-carbon technologies plus increased federal infrastructure investment, the policy avenues taken by the Biden administration, will help decarbonize the economy. However, these policy avenues, the ones taken by the Biden administration, will not achieve the 2050 net zero goal without additional decarbonization actions.

The paper identifies the federal policies and actions, along with their associated costs, necessary to meet the 2050 target. In addition to tax credits for existing and new technologies and climate-smart infrastructure, the U.S. will need to stricter performance standards for buildings, vehicles, and appliances. Because some sectors, especially industry and agriculture, will not be completely decarbonized even in the most aggressive future scenarios, land sinks and negative emissions technologies will be necessary for achieving a net-zero economy within 30 years. While requiring economy-wide transformation, decarbonization is economically feasible, costing 0.2 percent of US GDP ($40 billion) in 2030 actually saving $113 billion (0.3 percent of GDP) in 2050, according to the findings of the paper.

Both the summary of the WRI study and the full report can be found on the World Resource Institute site.